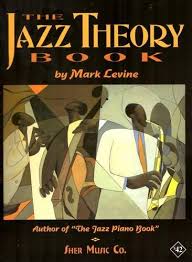 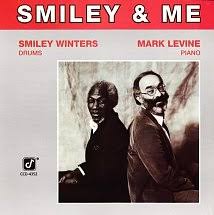 On behalf of the entire California Jazz Conservatory community, I am truly saddened to hear of the passing of the Bay Area’s treasured jazz icon Mark Levine. How do several paragraphs even begin to pay tribute to this jazz giant whose abundant, extraordinary contributions deserve a book?

As far back as I can remember, I had put Mark Levine on a pedestal – and I always will. He was and still is one of my all-time jazz heroes – a preeminent player, educator, theoretician and published author (thankfully well-documented by Chuck Sher) – and there was no one in the entire world who didn’t share this same sentiment.

What sets this jazz colossus apart? One of his many hallmarks was his unconditional generosity in sharing his knowledge of the jazz art form – in recordings, in the classroom and in his many publications. He was a born teacher and a “walking encyclopedia” when it came to jazz theory and its historical context. In the early 80s, I remember running into Mark on Telegraph Avenue in Berkeley – he pulled me aside to tell me he was writing a book on jazz piano and that he had just discovered an amazing concept: “upper structures!” He must have spent a good half hour with me while I grilled him on every aspect of this new discovery. My first jazz piano lesson with Mark Levine!

We all knew Mark as a player, of course, but he loved jazz theory, and he and I would often have at it when it came to various theoretical principles. For me, what gave Mark absolute credibility was that he never approached jazz theory for the sake of jazz theory; he approached it for the sake of jazz itself, by validating every theoretical concept he proposed with an actual historical reference. Hard to argue with that!

One of the many theoretical concepts Mark espoused, was fundamental to his signature style – he was a master at incorporating the “drop 2” voicing into his own playing and devoted an entire book to the technique (see “The Drop 2 Book,” published by Sher Music Co.).

In 1997, although it was a long shot, I remember asking Mark to serve on the Jazzschool’s inaugural faculty. Getting this super star on board would be like winning the lottery – and when he said “yes,” we did!

Before signing off, I would like to thank and acknowledge Norma Smith for her steadfast support for Mark over what has been a challenging stretch for much of her relationship with him. Norma, you have been a wonderful source of support for this mastermind, and we are all grateful.

In closing, Mark, we can never thank you enough for your many contributions to the jazz art form; but even more so for being such an unforgettable inspiration to all of us. You made a mark on all of us, and your incomparable legacy will live on forever. We love you and will keep you in our hearts always.

Susan, and all at the California Jazz Conservatory